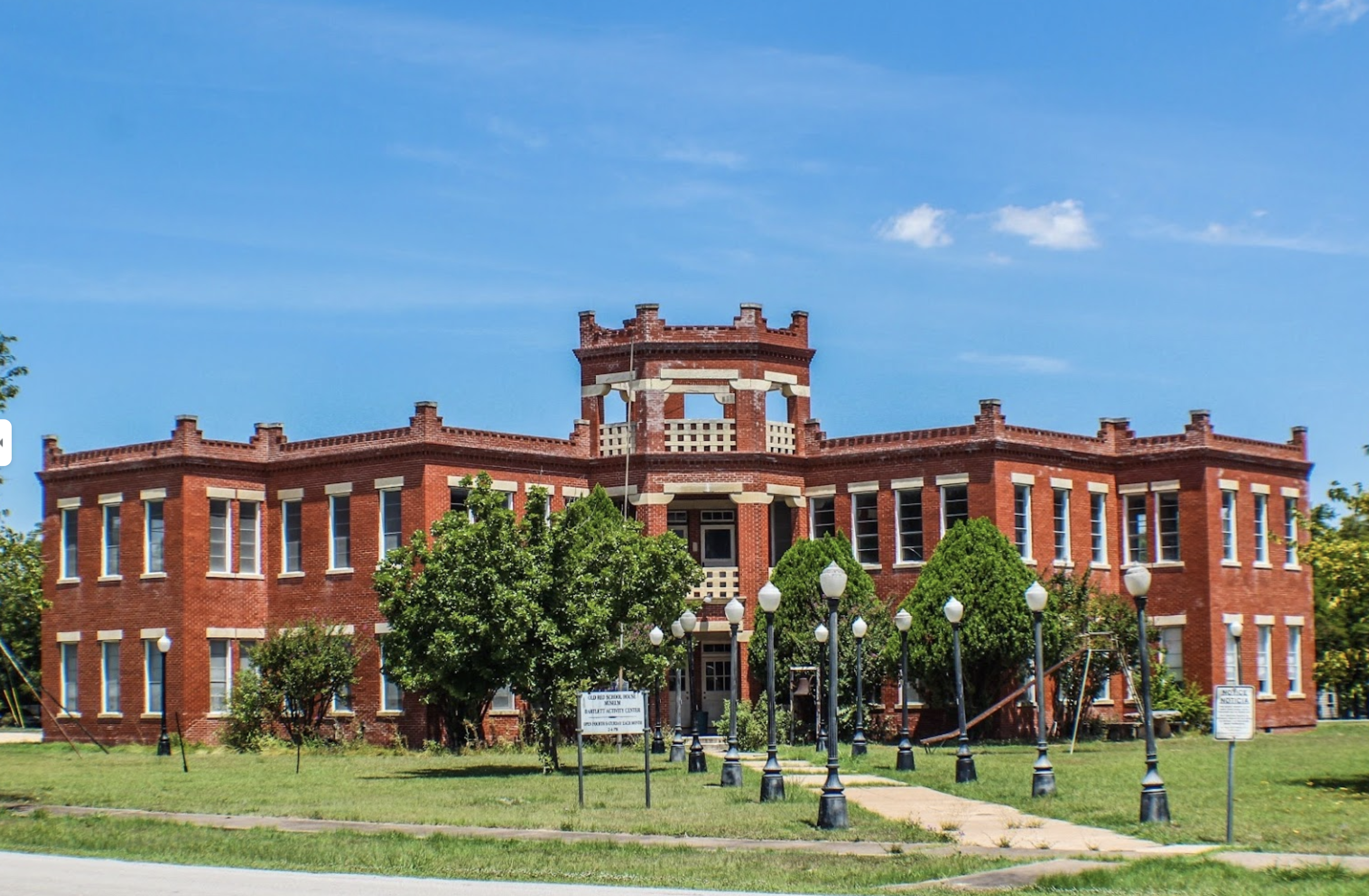 Ten miles north of Goldthwaite, Texas, you’ll stumble upon Mullin, Texas, in West Central Mills  County. The town of Mullin became the townsite as the construction of the Santa Fe Railway began to be developed in the area in the late 1880s. In 1881, Mullin was one of the towns considered as a site for The University of Texas.

Both the town of Mullin and Mullin Creek were named after the pioneer family and as the town grew a saloon and hotel were developed that became Mullin’s first official businesses in1885. Later, in 1894, the first schoolhouse was built along with a gristmill and cotton gin. Eventually, Mullin had grown to a population of 750 residents which led to the town developing three churches, a bank, and a weekly paper named the Enterprise.

Today, the population of Mullin has dropped to 130 individuals, per the 2020 U.S. Census.

Head to 15 minutes south to Goldthwaite to Lucky T Ranch, formerly Peabody’s Restaurant, to enjoy an array of tasty food like an American breakfast or Mexican food. Opt for some huevos rancheros or biscuits and gravy.

For Lunch, dive into a delicious bite of sandwiches and burgers. A great sandwich choice is The Ruben, served on Rye bread with beef and American cheese.

Learn all about Lavendar growing at the Xanadu Acres Lavender Farm. Visitors can see the beautiful Lavendar crops that are turned into organic products like essential oil, candles, eye pillows, body lotion, and soap! Make sure to purchase a Lavender gift box set that includes a 15 ml Lavender Essential Oil, 4 oz Lavender Hydrosol, 8 oz jar of our Lavender Hand & Body Lotion, and a Sachet for loved ones!

On County Rd, SE of Mullin, you’ll find the historical marker of John Williams, one of the earliest permanent settlers of Brown and Mills counties. North Carolinian Williams migrated to the area in 1855 and helped start the local cattle industry. The Settlement of Williams Ranch lies off US 84 is marked by natural springs that attracted the original settlers and served as the burial place of many founding pioneers.